For many Americans, the word plantation conjures up romantic images of antebellum wealth and Southern charm, white-pillared houses in a pastoral setting. For others, the word is equivalent to forced labor camp, where enslaved people toiled and suffered to produce the wealth enjoyed not only by the plantation owners but by everyone else in the free-market chain of raw materials and production.

According to historian Loreena Walsh, the first use of plantation in the New World referred to an entire colonial enterprise, such as the Jamestown colony, where collective production of agricultural and manufactured products was envisioned. As that plan was abandoned, the word evolved to refer to specific localities, specific plantation sites within the colony, and, finally to individually owned farms.

Today, many historians use the terms plantation and farm to distinguish the size and scope of the individual site. Larger holdings, with more laborers (indentured or enslaved) are referred to as plantations, their owners as planters. Smaller holdings, with fewer laborers, are referred to as farms, and their owners as farmers. Farmers might have worked their own fields, alongside their bound laborers; planters were wealthy enough to pursue other activities, profitable or otherwise.

At Historic St. Mary’s City, the word plantation is used as it was used by 17th c. Marylanders, meaning any individual farm holding, of any size. Godiah Spray Plantation is not on the site of any historical plantation, nor is it a replica of any particular historical site. Instead, it’s a reconstruction of a typical Maryland plantation of the 17th c. Many early Maryland houses are described in contemporary accounts as “hovels of wattle and daub,” so I would add that the fictional Godiah Spray, whose home this is imagined to be, was quite prosperous for his time. A two-story house with leaded windows and a central chimney? This was luxury, indeed! 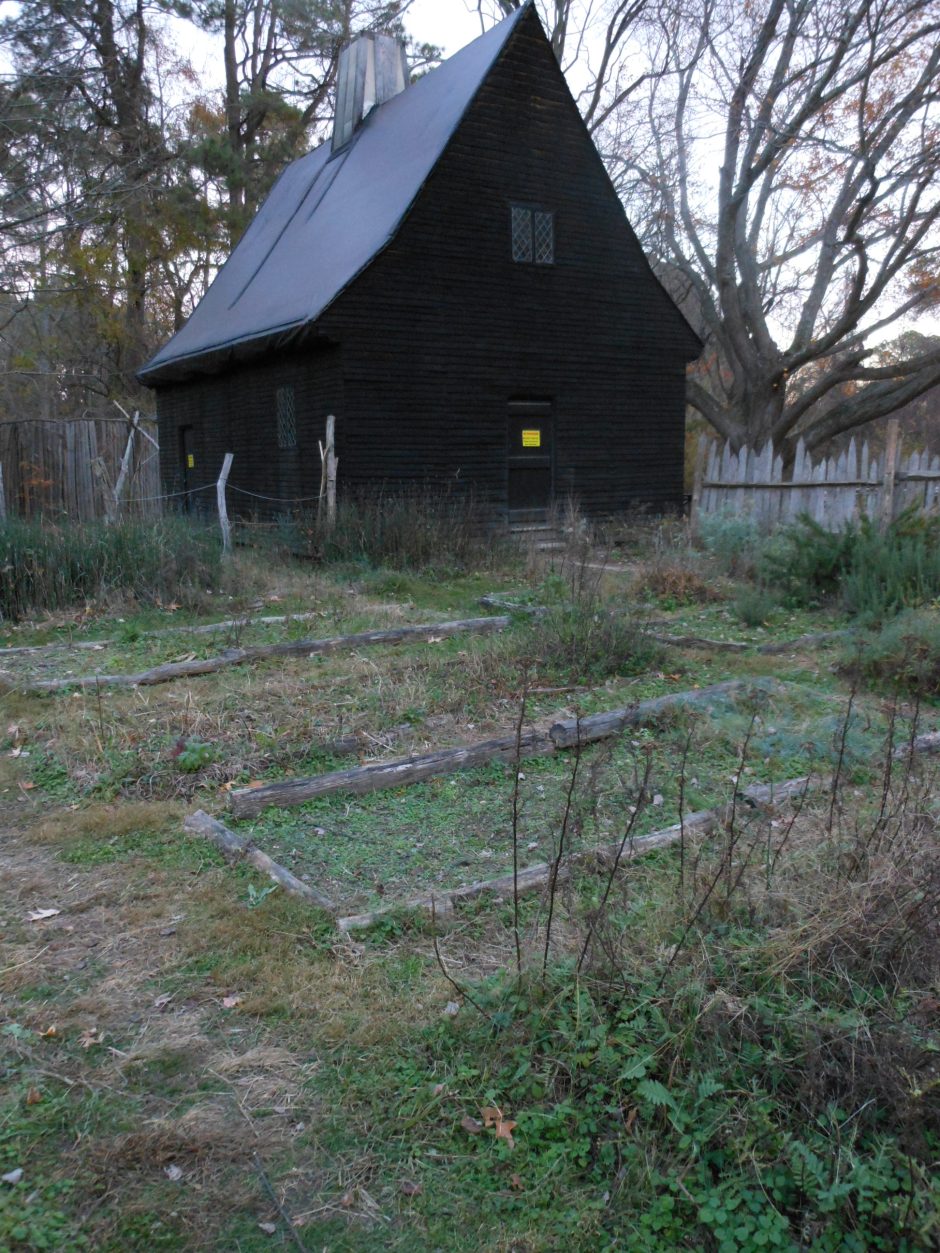 Early colonists raised tobacco for export, corn and vegetables for consumption. They also harvested wild fruits, nuts, plants, and animals. Domestic animals were present, but few in number, and most were allowed to run loose in the woods and swamps for much of the year. Confinement of animals required fencing, housing, maintenance, distribution of manure, and other on-going tasks for which there was often no manpower to spare.

The most successful farming techniques were those learned from Natives, and, later, from slaves who had raised tobacco in the West Indies. Clearing the land required tremendous expenditure of effort, so the best land was what they called “old fields”–that is, farmland acquired from Natives and already under cultivation. New land was often opened up by girdling the bark of trees, to kill them, then planting hills of tobacco and corn between their leafless forms. Because St. Mary’s City itself was established on the site of a Yoacomaco town, it was probably more similar to what we see here at Godiah Spray’s fictional plantation. This photo shows how flat the alluvial land is (and was) along Maryland’s rivers. These were the best fields, enriched each year by seasonal flooding.

Our visit to Godiah Spray Plantation was brief, cut off by the short November day and the great resources of Historic St. Mary’s City, which had already absorbed far more hours than we had expected. We were a bit disappointed…and a bit illegal, as we walked around the plantation after closing time… but we couldn’t complain about the sunset! 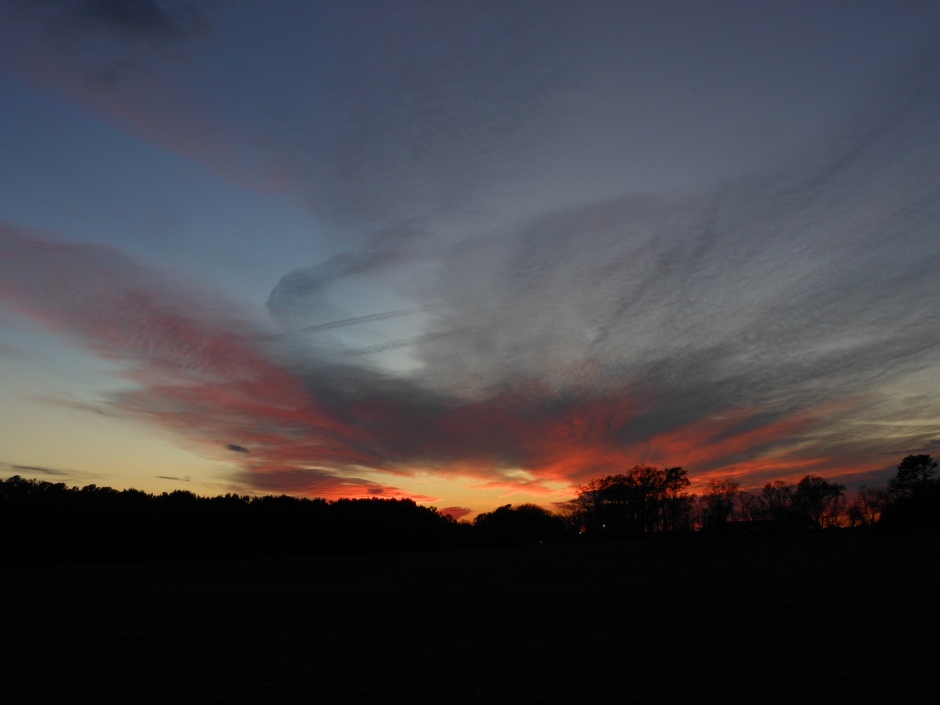