WordPress tells me that Magruder’s Landing received more than 7,000 visits in 2014! That’s more than a tenfold increase over 2013. I am truly astonished, and thank you all for your interest, your encouragement, and your willingness to share information, photographs, and sources. I’ll do my best to keep you coming back in 2015. 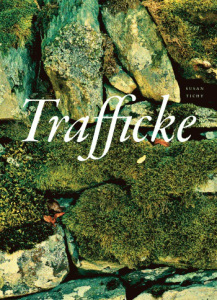 My new book, Trafficke, will be released in March by Ahsahta Press. Trafficke began in 1994 with a few simple questions: who, and what, was Alexander Magruder? And, for that matter, what was Maryland in 1652? Those questions, and the answers, have led me down many roads I could not have imagined when I set out. The resulting text travels through Scotland and Maryland, McGruther/Magruder family history, and the whole arc of slavery in Maryland, from the 1660s to Emancipation…and a little beyond.

You can read a description at SusanTichy.com, find an excerpt in the online poetics journal, Evening Will Come, and follow the book’s adventures on its very own website, Traffickeblog.com.

You can place a pre-order at Ahsahta Press or wait for it to show up on Amazon. Once the book is out, you’ll also be able to purchase a signed copy directly from me, or order it through your favorite independent bookstore.

…if the contributions made by slaves in the building of this country were memorialized as we memorialize those who gave their lives in military service?

If their gravestones aren’t well marked and their lives continue to go unrecognized, there are new injustices every year. Why isn’t their suffering and contribution memorialized?… We should honor their service. We should honor the service, even if it was involuntary service, of those who contributed to our nation’s economies and acknowledge what they suffered and overcame.

A followup to my post on DC emancipation petitions…

The following is a partial list of people who were jailed in Baltimore by slave owners hoping to evade the April 1862 D.C. emancipation and/or the Union Army’s recruitment of black soldiers in Maryland. (Slaves in Maryland were not emancipated until January 1864, when the state adopted a new constitution.) This snapshot shows page 337 of Free at Last: A Documentary History of Slavery, Freedom, and the Civil War, edited by Ira Berlin, Barbara J. Fields, et. al. (The New Press, 1992). The correspondence from which the list was extracted is dated July 27, 1863, in Baltimore.

This volume is an extract from The Black Military Experience, Series 2 of the multivolume work Freedom: A Documentary History of Emancipation, 1861-1867 (Cambridge University Press, 1982). The abbreviation in the last column notes the owners’ disloyalty to the Union, that being a condition for recruitment of their enslaved workers.

I will try to track down the rest of the list. Please write if you have the list or know where it can be found. 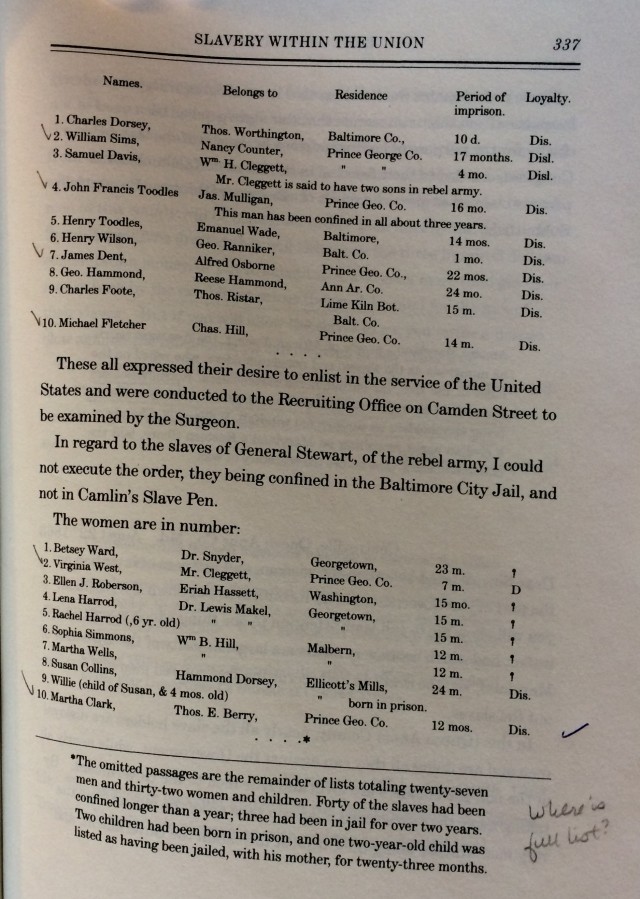 I’ve just discovered this beautiful site by Andy Sweet. Back in 2006 he posted Ancient Sites in Glorious Sunshine, a photo essay of his trek around Perthshire, in which he climbed up to the complex of standing stones above Craigneich Farm. One stone stands near the road and is visible even to the most casual visitor, but that is just the beginning…